The Origin of Khadi Fabric The Origin of Khadi Fabric

At Bhumi, we are privileged to work with two ancient fabric traditions based around the loom from India and Turkey.

India and Turkey are two of the largest growers and producers of certified organic cotton, and both countries are steeped in a rich textile history. They both share a rich culture of spun fabrics on looms, and each has created a unique fabric that reflects significant moments in history and tradition.

Khadi is an Indian woven fabric that has been known to date back to the ancient glorious Vedic times (5000 BC) where there are detailed accounts of cotton and natural fibres being hand woven with gold thread by a handloom.

In more recent times, Mahatma Gandhi who is not only referred to as the revered Father of the Indian Nation, but also the father of modern 'Khadi' revived the tradition of spinning Khadi fabric with the Charkha, which literally means “wheel” and is India’s generic term for any spinning wheel or hand-cranked spinning machine. The Charka is also the heart of the Indian Flag; to date the Indian flag is only ever made in one area in India on hand spun Khadi fabric by specialist weavers and spinners. 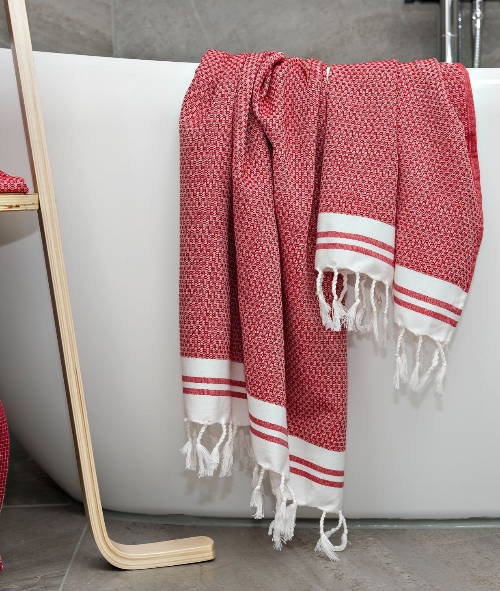 Khadi is not seen as just a type of textile, it was a movement by Gandhi who revived a lost tradition that once placed India as one of the largest producers and exporters of not only cotton but also finished cotton garments. In the 1700s the British Rule along with the Industrial Revolution banned all cotton fabrics and production in India. As a result, millions of spinners and weavers were rendered unemployed, deprived of the only means to earn their livelihood and left to die of starvation.

During the pre-independence era in the 1920s the movement of Khadi manufacturing gained momentum under the guidance of Mahatma Gandhi. Gandhi the great visionary presented Khadi as a symbol of nationalism, equality, unity, non-violence and self-reliance. Gandhi’s message was clear; “The message of the spinning-wheel is much wider than its circumference. Its message is one of simplicity, service of mankind, living so as not to hurt others, creating an indissoluble bond between the rich and the poor, capital and labour, the prince and the peasant.”

As a fabric, Khadi is soft yet dense with a unique and versatile weave that keeps one warm in winter as well as cool in summer. Our organic cotton Khadi goes through a process of hand picked cotton that is cleaned, carded to remove any impurities of fibres, spun, woven and dyed all with natural and vegetable based dyes. The result is an exquisite fabric full of texture and powerful history. 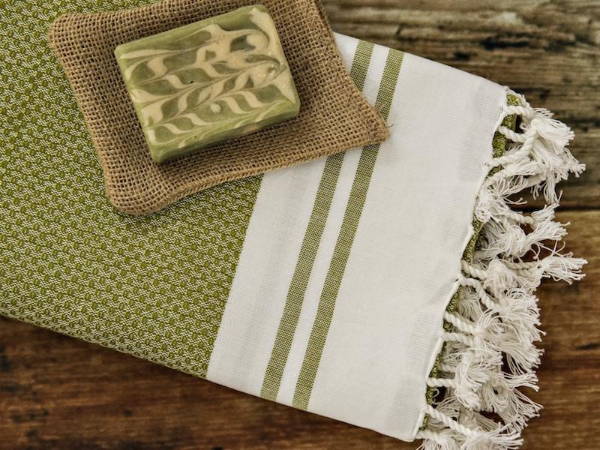 In Turkey, another type of fabric is also woven with the loom. The Turkish Towel also known as the Turkish Bath Towel, Mediterranean Towels, Hammam Towel or Peshtemel has a rich heritage as well. Dating back 600 years ago, these towels were a handicraft being woven on handlooms across Turkey’s eastern Black Sea and Aegean regions and considered a central part of Turkish culture and life. They were used for elaborate rituals of cleansing and bathing in Hammams, as well as for wedding ceremonies.

Today, in our production of organic cotton Turkish towels, organic cotton yarns are threaded through a loom and attached to harnesses controlled by treadles that allows the weave to be alternately raised and lowered creating a space between the warp and weft weaves that resembles loops. It is this texture that is created from the weave that makes it famous around the world and known for being lightweight yet absorbent.

We hope you enjoy exploring the textures and history of these fabrics in our collection. 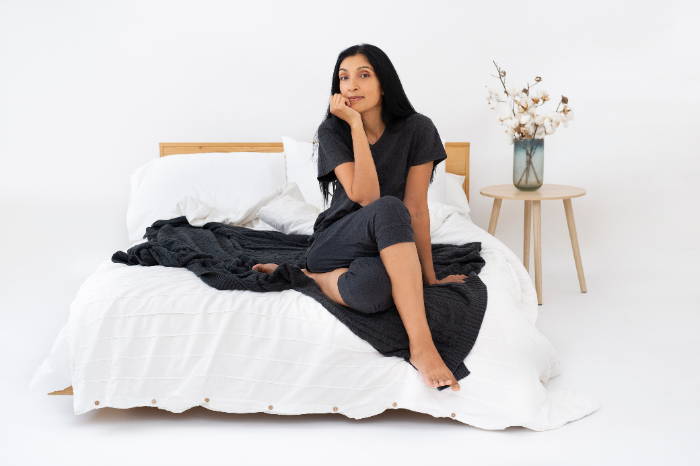 About the Author: Vinita is the Founder of Bhumi Organic Cotton and passionate about an Earth Life Balance Wrapped Up In A Throw - The Ultimate Slow Activity
Next Post> Why choose "Khadi" Towels when you travel? Next Post>

Get $50 OFF your order, along with weekly product updates & offers.